NBA stars make some of the highest sports salaries in the world — and their car collections often reflect these earnings.

But a handful of the league’s best players have vehicles that separate themselves from the pack.

NBA star Luka Doncic turned heads at a game Wednesday when he arrived at American Airlines Center in a $200,000, six-wheeled SUV named HellFire.

HellFire is a heavily modified Jeep Gladiator manufactured by Apocalypse Motors in Florida.

Powering the HellFire is a 500 horsepower 6.2-liter V8, or a supercharged Dodge Hemi Hellcat engine that launches the truck from zero to 60mph in 3.7 seconds.

In comparison, a non-modified Jeep Gladiator takes 8.1 seconds to travel from zero to 60mph. 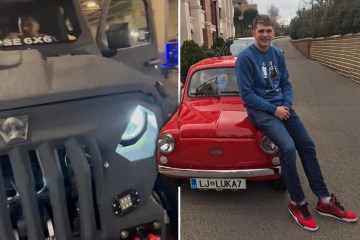 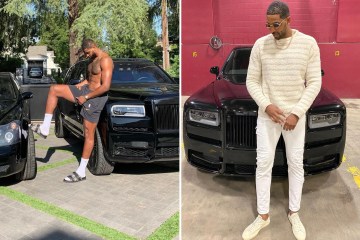 Apocalypse spoke to The U.S. Sun and confirmed that Doncic’s model is the only HellFire with the steam feature.

On the opposite side of the size spectrum is six-foot-seven Doncic’s tiny Zastava 750 car he was gifted for his birthday in 2017.

Discover the inspiring story of ‘Lamborghini’

These Are The 10 Most Underrated Cars Of The 1970s