THE LATEST ISSUE OF AUTO ACTION 1851 IS OUT NOW

Welcome to the final AUTO ACTION for 2022, this is another bulging issue with massive news stories, features and event coverage of national and international motorsport action from the last couple of weeks.

This issue has some great in-depth and behind the scenes stories that you won’t have seen yet, as well as a full wrap up of this season’s Supercars finale, the Supercars awards night, and what’s to come for next year.

Our front cover celebrates the return of the Adelaide 500 and young Broc Feeney’s wonderful first up Supercars win. The cover also heralds the return of BMW to the Bathurst 12 Hour, Australia’s biggest summer endurance event.

The German manufacturer set to be at the forefront of the Bathurst 12 Hour with the debut of the BMW M4 GT3 on southern shores, with some possible stars to pilot the assault. 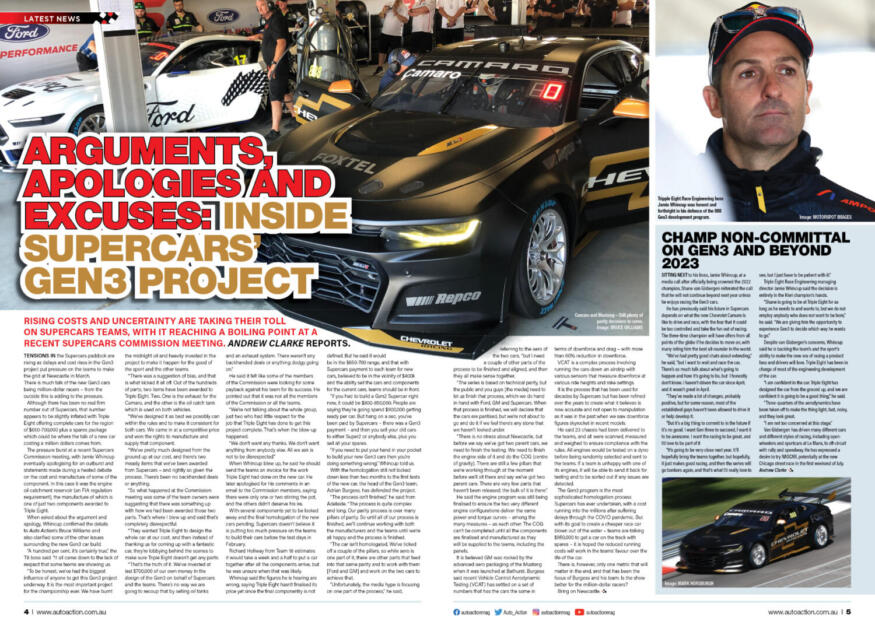 Andrew Clark and Bruce William’s start off the Supercars post-season microscope review, as they uncover the simmering tensions in the paddock, on the back of the skyrocketing costs and delays of the Gen3 project. Plus, the real reason behind the shock move of Garth Tander to Penrite’s Grove Racing stable, as AUTO ACTION’s editor in chief Bruce Williams speaks with team owner Stephen Grove about the coup of getting this year’s Bathurst 1000 winner to switch his allegiances. And in a coup of our own, AUTO ACTION’s Andrew Clarke got to have a rare sit down with SVG, who talks about his third title,…