The Spyker C8 Spyder in this color is one of four ever built.

The more niche the automotive market, the fewer brands are available, and in the world of supercars and exotics, the segment gets even smaller. There are, of course, the mainstream exotics like Lamborghini, Ferrari, Aston Martin, and McLaren, and even some models are well known enough even non-enthusiasts will know of them. But for those who want to stand out, boutique automakers can provide the solution, even in the exotics segment, and a prime example was Spyker and its C8 Spyder. With its Audi-sourced V-8 engine, unique styling, and elusive status, the Spyker C8 might be the coolest car you’ve never heard of.

TOPSPEED VIDEO OF THE DAY 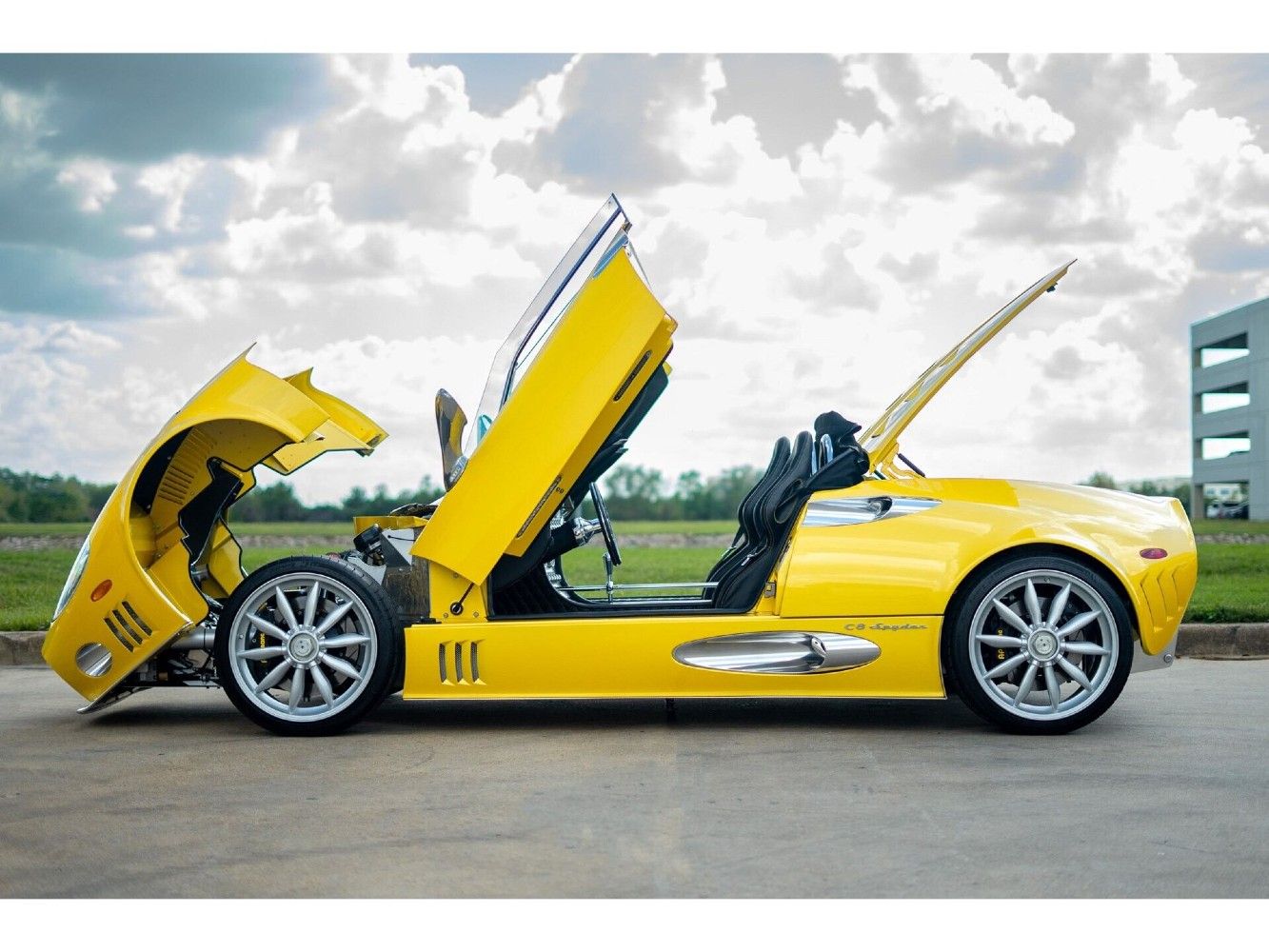 Spyker has been around since the early twentieth century and competed in some of the most grueling endurance races ever before they initially disappeared shortly after the first World War. In 2000, the new Spyker C8 debuted with radical bodywork and powerful engines while still holding on to the racing and performance aircraft work the brand had done in the past. The car pays homage to the original brand’s goals and works with aerospace influenced designs in the steering wheel, badge, and some other features throughout…